Help Our Team & All Ukrainians to Protect Our Home. No War in Ukraine Donate
Picking an Alternative for Your Help Desk

When working with help desk solutions, there is a time when you realize that your system either doesn’t have the feature you need or lacks the integration option to enable that feature. Often, this lack of options or features results in a considerable disadvantage and, therefore, loss of potential sales.

Help desk software is robust, full of different functions that help you accelerate your workflow. When moving from Zendesk, your currently established operations mustn’t be hindered in any fashion while running your new system. So, how do you pick this system and not miss out on certain functionality? Should you be using two tools?

No, you shouldn’t. You need to approach this transition methodically, which is why we decided to compile a list of the best Zendesk alternatives for you to choose from. This isn’t the definitive guide, as each company’s needs are different. What we mean is that not all solutions on the list will fill the bill.

However, we made sure that each selected tool has enough wiggle room to make it feasible. But enough with the introductions, let’s take a look at the Zendesk alternatives themselves.

When it comes to Zendesk alternatives, the list of potential candidates can be massive. Zen is a popular solution, and there are many commercial and open-source Zendesk alternatives to choose from. We won’t be doing that but instead focus solely on paid systems as they get supported and are constantly updated by their respective vendor.

As for the analysis itself, the criteria process is quite simple. Every Zendesk alternative we’ll be looking at should have a set of specific features that either replicate the end-functionality or are close enough to be considered as a solid substitute. If a help desk software on the list is missing something, it wouldn’t be considered as a disadvantage, but it will make it a less desirable substitute to Zen.

Last but not least, we’ve limited this list of Zendesk alternatives to just five entries. The reason why we did so is that we want to focus on the quality of the analysis rather than the number of entries.

Also, before we start, keep in mind that these aren’t Zendesk Guide alternatives as that is a separate product. We’ll instead be focusing on help desk software. Thus, without further ado, let’s dive into the Zendesk alternatives themselves, this time for real.

First on our list is Jira Service Management. This tool is often viewed as the best alternative to Zendesk if you are working in the IT space. Like Zendesk, the system is equipped with a range of tracking and management tools. Yet, what connects the two are the following list of characteristics:

These are all similar points that the two tools share. However, as a Zendesk alternative, Jira Service Management has its fair share of differences that fundamentally change the way you use the tool. The changes are as follows:

Bottom line, Jira Service Management, among many Zendesk alternatives, is a great choice. However, it will not work well in non-tech companies. If you are working in the customer space, there are better options. Yet, if you are already using Attlassians other products, this is a no-brainer.

The second entry on our list of alternatives to Zendesk is Freshdesk, and, unlike Jira, this is a much more direct comparison due to the fact both Freshdesk and Zendesk are help desk solutions. They have both been long on the market, and they truly do share a lot of functions. Here are the key ones:

And as a side note, if you are looking for an alternative Zendesk in terms of integrations, this is the best one as they have practically a one-to-one list, minus the native ones.

While both tools have a lot of key similarities, there are things that are different. However, keep in mind that these aren’t as prominent as some of the other entries on our list. And there are only two of them, to begin with. Nonetheless, here are the differences:

You can learn more about the platform and how it compares to Zendesk in our dedicated in-depth Freshdesk vs Zendesk review. It includes other comparison aspects such as pricing and the history of each platform.

We were quite skeptical about the inclusion of Help Scout into our list of alternatives to Zendesk, but we are glad we did as the tool evolved significantly since we last took a look at it. It not only got a ton of fresh new features but extended its integration list to support both obscure and popular platforms. All these developments made it a perfect alternative to Zendesk, so here’s what the two have in common:

A great deal of Zendesk alternatives aims to add similar features to their roster, and Help Scout is the same. However, Zendesk goes a bit deeper and adds a few things of their own that can undermine the efforts Help Scout has been putting out:

As with our previous entry, Freshdesk, we too did an in-depth or, dare we say, definitive Help Scout vs Zendesk review back in the day. Many things have changed since the day it was published, but some points remain valid, so be sure to take a look.

Kayako has been on the list of Zendesk alternatives for as long as we remember. And to the surprise of none. It is a powerful tool that has a huge install base and various features you can’t find elsewhere. They aim to be the next Zen, and it is reflected in the following:

And as a tradition on this list, Kayako does have its share of differences that you must learn before you opt-in. There aren’t many of them, but they will surely impact a considerable amount of potential users. The differences are as follows:

Kayako has the potential to be the best tool on the market. What they are currently offering is top-notch quality, but don’t expect to see anything groundbreaking from the vendor as that is not their focus. Still, if you need reliable features at a reasonable cost, this is a solid alternative to Zendesk.

And last on our list is Zoho Desk, a help desk solution that takes functionality, user experience, and experimentation as key to delivering a good service. This is one of the best tools on the market in that it provides a vast majority of features found in Zendesk and tops them out by giving a few of their own.

There isn’t much we can say about differences as both tools are pretty much the same. The only discrepancy we’ve noted is that they are priced differently, and they scale differently. Zendesk is the more expensive system, especially at the premium tiers, whereas Zoho is cheaper but less scalable.

And there you have it. Many help desk solutions aim to be the next Zendesk. They are the leading supplier of help desk software and they aren’t staying in one place when it comes to innovation. Still, that doesn’t mean that there aren’t alternatives worth looking at.

All of the above-mentioned Zendesk alternatives are incredible help desk software, and you can be completely sure that you’ll get your money’s worth by picking any of them. If you need help moving your data to any of these tools, you know the drill, hit the chat button, and we’ll get you going in no time. But for now, thanks for joining. 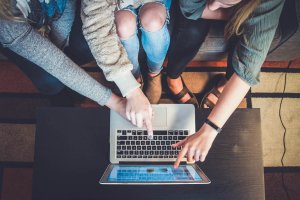 Freshdesk Alternatives Worth Looking At 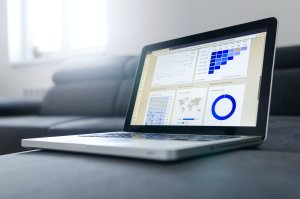 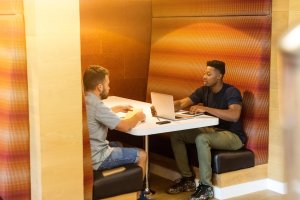