Help Our Team & All Ukrainians to Protect Our Home. No War in Ukraine Donate
News

A quick update about our working hours: the Help Desk Migration team keeps working to our business hours as strictly as possible. If it happens that our agents don’t respond fast enough, it might be because of the air raid siren.

The full-scale russian invasion changed our life, but we didn’t get used to living in wartime. Our people get more united and devote all their energy and time to defend our Ukraine. We’re also working on telling the truth about what’s going on in our motherland because russian propaganda machine keeps lying and fabricating “news”.

These times also showed how many friends we and our country have around the world. They help us with sanctions, weaponry, humanitarian aid, they give shelter to those who had to flee and became a refugee. We are grateful for everything.

But the occupants have 10x tanks, 22x planes, 8x artillery more than Ukraine has. They are shelling our hospitals, schools, universities, kindergartens, theaters, and architectural monuments, they are killing our people – men, women, and children. We need military aid to defend our land, defend democracy – so we keep asking our partners and friends to support Ukrainian Armed Forces. Those guys prove to be superheroes and they need support to give a good fight to the occupants.

Don’t stay aside! Support our Ukrainian Armed Forced by donating to a special account of NBU!
Everything will be Ukraine!

The bad news is that the russian occupants continue to bombard our peaceful cities and towns. Many civilians – including kids – are murdered and injured. The russian occupants destroy schools, hospitals, and people’s homes with missiles, cluster bombs (which are forbidden by Geneva Conventions).

Worth of all, russian terrorists are trying to cause maximum damage to Ukrainian critical infrastructure, civilian infrastructure, and ordinary people. This night they started a large-scale tank attack directed against the Zaporizhia nuclear power plant.

The good news is that the Armed Forces of Ukraine bravely fight the russian occupants and do their best to protect our people and land. We are united like never before – people help each other, support those who are injured, those who have lost their homes. We believe in our Amry – only they can save us from russian terrorists.

As for Help Desk Migration, our team keeps working and doing the best we can to support our people and our Army. We encourage our customers and partners to help us by raising funds for Ukraine’s Armed Forces. We tell people around the world about what’s going on in our motherland – in order to fight back russian propaganda.

Everything will be Ukraine! 🇺🇦

The russian occupants continue their air-ground offensive operation against Ukraine. The enemy continues to insidiously shell our cities and civilians: over 350 Ukrainian lives were lost (including 16 children). Russia actively shares fake information about the Ukrainian Army, but all Ukrainian soldiers are at their battle positions and give the occupants a good fight.

Our Armed Forces of Ukraine are bravely fighting for our land, freedom and democracy. Our people stand against the occupants’ tanks. The whole country fights against the russian invasion.

Here at Help Desk Migration, we keep working and provide you with an automated data migration service. Our army do their job, we do our job. Up to this moment, we work according to our service hours.

Many of our customers and partners supported us not only by kind words and prays, but also by donating to a special account to raise funds for Ukraine’s Armed Forces opened by NBU and non-profit organizations like Come Back Alive. We appreciate your help.

We appreciate the help and support of the world.

Everything will be Ukraine! 🇺🇦
Glory to Ukraine! Glory to the heroes! Ukraine will win!

These days all eyes are on Ukraine, and it is not uncommon to see news about the russian invasion that turned out to be not just a threat.

Help Desk Migration is located in Ukraine for those who might have no idea about it. It’s one of the most beautiful countries in the heart of Europe that at this moment fights for its own freedom.

What’s Going on These Days?

This morning, February 24, 2022, Russia started a full-scale invasion of Ukraine. This is a war.

The last three months were pretty tough for our country because of the pressure from russia: more than 190 000 troops are massed on Ukraine’s borders. The russian-backed separatists attack our territory and kill our people every single day.

Russia started its hybrid invasion 8 years ago by annexing Crimea and occupying Luhansk and Donetsk regions. World leaders' efforts for a diplomatic solution to this situation don’t have expected results and go in vain.

On February 21, 2022, the president of the russian federation recognized the independence of the so-called “LPR” and “DPR” - the temporarily occupied territories of Ukraine. This violates Ukraine's territorial integrity and directly threatens our freedom. And it’s a violation of the Minsk agreements.

How Does Help Desk Migration Work?

To our customers: our migration service works as usual – quickly and securely. Your data is safe. You can read here about how we approach SaaS security. But we’re getting prepared for any changes and circumstances. That’s why we ask you to be patient if the response time of our support service will be changed.

Many countries express solidarity with Ukraine - help us and pray for us – and implement sanctions against russia. As the Ukrainian company and patriots of our land, we had long ago come to a decision:

This situation is not about money. This is about our lives and the freedom of our country. We hope you understand and support our point.

Ukraine and its people have been part of the European culture for centuries. We have the right to live free and in peace in our own land. So instead of spreading panic, we support the Armed Forces of Ukraine.

Our company keeps helping our army our guardians and donating to a special account to raise funds for Ukraine’s Armed Forces opened by NBU and non-profit organizations like Come Back Alive. We also ask our friends and customers around the world to stand by us and with us.

Please support the Ukrainian army if you want to help Ukraine against russian aggression. You can donate to a special account to raise funds for Ukraine’s Armed Forces or non-profit organization Come Back Alive.

Glory to Ukraine! 🇺🇦 Glory to the heroes! Ukraine will win! 💙💛 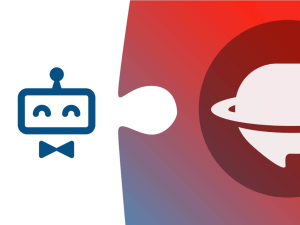 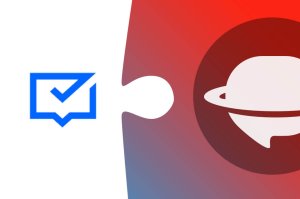 Migrate from and to HelpDesk with HDM service 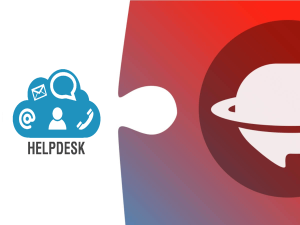