SysAid is Good But How Does It Compare To Zendesk?

The need for a dedicated help desk system within an organization means that the amount of customer requests is not only huge but the capacity to handle them just isn’t there. But that is only half of the story. Many companies use a help desk system to handle different operations that do not involve customers.

One such system that aims to fill in this gap is SysAid. A not new and not old system that has a lot of promise. Help desks have so much more to offer that it would be a crime not to capitalize on this fact and this is precisely what SysAid is all about. Yet, the question remains open, does it live up to the expectations?

Well, to find out we decided to compare it to Zendesk. After all, Zen has proven many times that it is a phenomenal tool that has all the bells and whistles you might ever want to use. It’s complete, it’s packed, and it’s stable. But you already know this, so let’s dive straight into the analysis and see what the tool is all about.

SysAid — What It Is All About?

We will start our review with a look at SysAid. What the tool is all about and what you can expect from it once it’s up and running in your organization. So, first thing first, SysAid is a help desk solution that was designed with scalability and reconfigurability in mind. The tool is aimed at big-name companies and this is reflected in its functions. 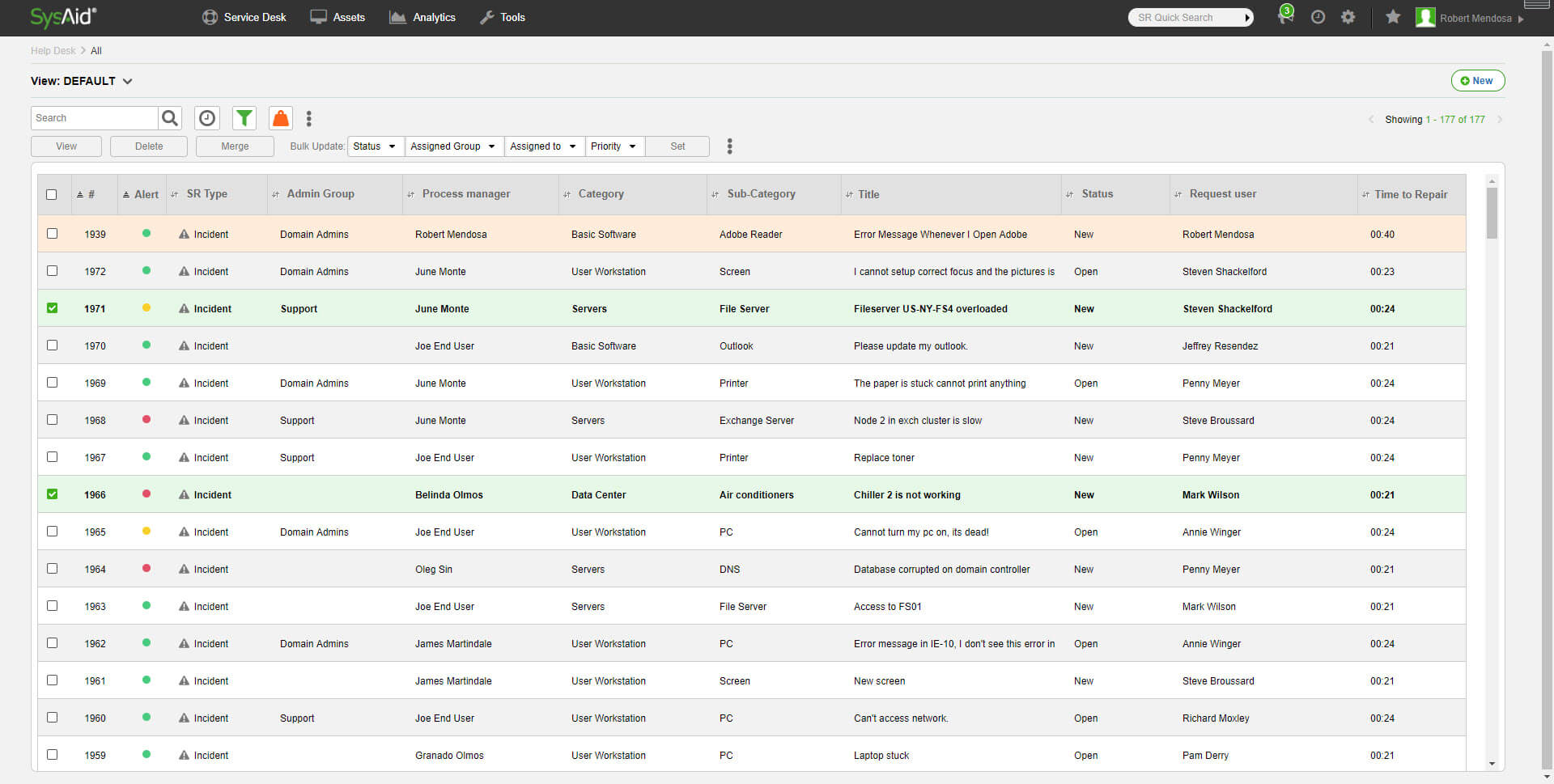 Typically, users refer to the tool as a perfect mix of dedicated asset management and help desk systems. The reason why users refer to it in this fashion is quite simple, the system is modular and can be adapted to suit all kinds of needs. In other words, you can start using the tool as an asset management system and once the need for help desk features arises, you can easily activate them.

Another benefit of the system is that it is mobile-ready. Whether you are using an iOS tablet or an Android-based phone, you will be able to use all of the features presented in the system. This alone makes the tool highly accessible and ultra-mobile. Outside of portability, the tool is packed with a ton of features that will help you manage incidents, self-service portals, mobile devices, chats, and other help desk-related issues.

As of now, the tool is being used by many well-known companies, including but not limited to Bacardi, Sky Airlines, LAN Airlines, and Motorola Solutions among others.

How Does It Compare To Zendesk?

Now that you know how the tool works and what it is all about, let’s put SysAid vs Zendesk to see which one is the better option for you. As usual, we’ll look at the features of the tools and gradually move to the prices. However, we won’t be stating Zens features as we did it a dozen times already. Instead, we’ll elaborate more on SysAid’s implementations.

So, the first SysAid vs Zendesk comparison we’ll do is their user interface. Now don’t get us started with “What’s the point?”, “UI is just that”, and “Of all things”. The user interface plays a critical role as it is your gateway to the system and if it is clear as daylight, it saves business time.

And in the case of SysAid, the user interface is pretty solid. Granted, it did undergo a refresh in March 2019 so that is to be expected. Anyway, after the update, the entire UI got a massive overhaul. All your menus, functions, toggles are intuitively placed and quite easy to access. But accessibility isn’t the only thing that got improved, incidents are displayed as stories, tabs are like bookmarks. Tickets contain all the data you might need which eliminates the need to scroll. And finally, there’s the personalization panel that has all the agent and department KPIs so you don’t have to search for it. 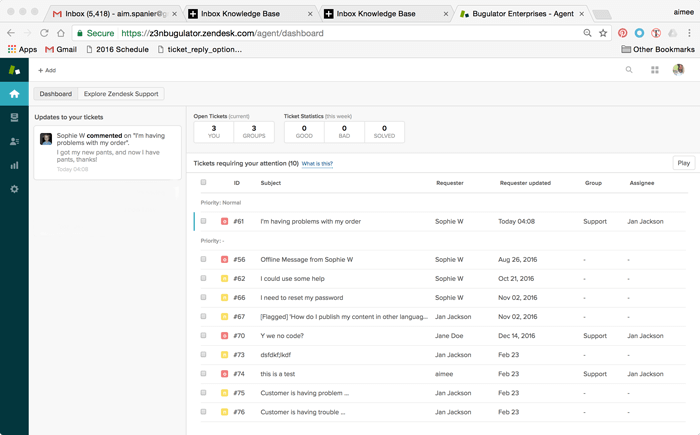 And the next module we’d like to talk about is automation. Zendesk has a pretty simple approach to automation as it employs rules. Thankfully, SysAid also shares this approach to automations. Generally speaking, the system is divided into two sub-modules that are tightly connected to one another. One is responsible for ticket routing and the other is made for escalation rules. As you might have guessed, one will automatically assign appropriate rules and the other will try to escalate a ticket that is, say, assigned poorly. Together with these systems, you can set up due dates, prioritizations, dynamic timers, among other things. Overall, it is a good implementation but things can get hectic when you want to apply many rules at once. 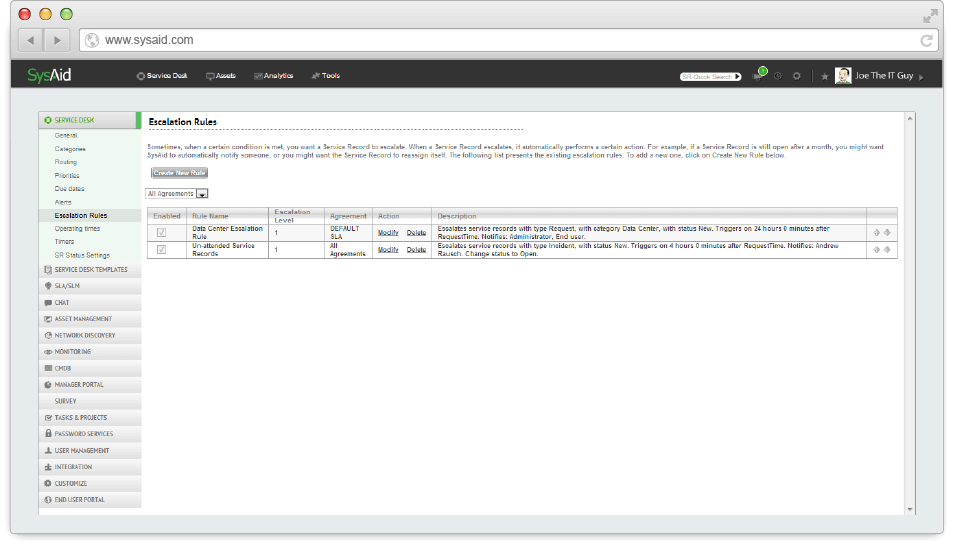 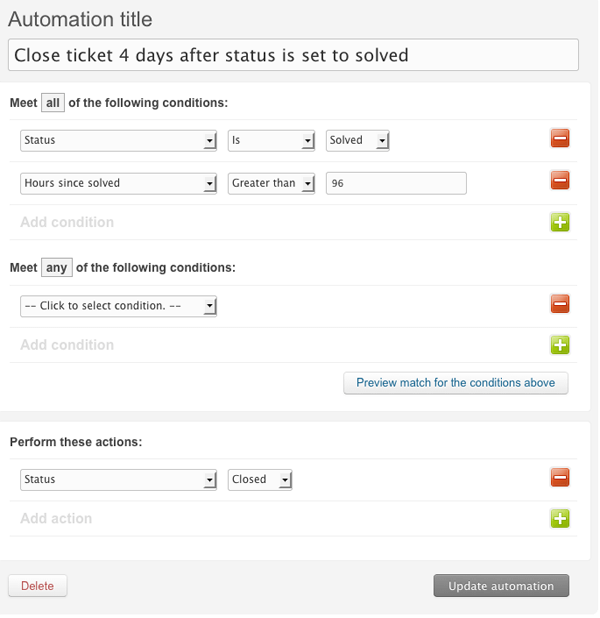 And the last module we’d like to talk about is the marketplace system. Technically, it is an integration system as most marketplace entities are that but you do get access to a couple of nifty add-ons. Typically of such a level of systems, you can add Google products to the tool, Salesforce modules, and even tools such as TeamViewer, among other things. If you compare SysAid vs Zendesk in this regard, then Zen relies more on its native implementations. In other words, if you need more advanced analytics, you get a Zendesk Explore integration. You still can add Google Analytics to the suite, it is also effortless but the focus is on in-house made systems.

Today, pricing on help desk systems has changed rapidly. We start to see premium features in tools that are considered to be entry points. That’s right, budget-friendly offerings often provide you with a set of some really advanced stuff. Both Zendesk and SysAid understand this, hence why both try to pack as much as possible into their plans.

However, if we know how much Zendesk charges, SysAid prefers to keep the pricing options hidden from the general eye. They do claim that they try to personalize the pricing for each client so there’s at least that. But this wouldn’t be an HDM article if we’d just give up.

A little bit of googling reveals that SysAid charges roughly $3000 a year. Now keep in mind that this is only speculation and does not represent the final price in any way. We will leave you to judge the pricing of the system. In the meantime, take a look above how a Zendesk Pro plan looks like and how much it will cost you.

Which One Is Better?

If we are being honest, Zendesk is still the better tool but SysAid has grown on us incredibly. It has all the advanced features we’ve been looking for, as well as it has a few that are frankly, better than Zens implementation. But overall, Zendesk is the more polished system as it not only has been on the market for a longer period of time but has a clear focus.

SysAid tries to be everything, an asset management system, a help desk, an IT service desk, among other things. It’s good but not to a degree that we’d like. Even still, if you feel like giving this tool a shot, go on. It is worth your time and who knows, you might get a good deal on it.

And that about wraps things for today. SysAid is good, Zendesk is also good, so choose carefully. But you probably already know that, so instead, we’d like to bring your attention to the fact that we perform effortless migrations from SysAid to Zendesk and vice versa. If you need help moving your data, be sure to let us know. Thanks for joining us and be sure to come back for more articles like this.

Set up an automated data migration to SysAid, Zendesk, or any other help desk!

Freshservice and Zendesk Under the Microscope

Helpdesk vs Jira: A World Difference Between the Two