Continuing our Spiceworks spree, we think that a full-blown 2020 analysis wasn’t enough and also want to outline the best Spiceworks alternatives. Why? The answer is quite simple, not everyone likes Spiceworks as a management software system and not everyone can solve their internal issues with it.

Thus, with this in mind, we’ve compiled a list of multiple tools that are not only similar to Spiceworks in terms of looks but have just enough feature parity to consider themselves as solid replacements. Now we won’t be going into great detail about each tool but rather focus on the core mission of each system and what design choices were made. Thus, without any further delay, let’s get started!

Picking the right Spiceworks help desk alternative is a tough process as you have to take into consideration a lot of things so we’ve limited this list to just three tools. That’s right, for this analysis we’ve picked LiveAgent, Zendesk, Jira Service Desk, and Zoho Desk. They are viewed as the best-of-breed management software applications.

We will start with Zendesk as it has the largest install base of the three. So, in general, Zendesk is a dedicated help desk system that has a strong emphasis on multichannel and multibrand management. Outside of having practically every core management function, it also incorporates things such as AI and automation that you can employ just about anywhere you see fit.

Receive all the customer requests in a single dashboard as well as separate their sources using Views. Source:

So, the main difference between Zendesk and Spiceworks is that unlike in Spiceworks where users have to submit new tickets via email, Zendesk will allow you to receive stuff from social media platforms such as Facebook, Twitter, and even live chats. But that’s not all as Zendesk has a dedicated contact center module that will allow you to do things such as automatic call distribution, or ACD for short, grant access to a dedicated interactive voice response (IVR) system, and most importantly, manage your tickets via phone. Last but not least, Zendesk was made with all kinds of businesses in mind, meaning you won’t get advanced network monitoring tools nor IT asset management system. 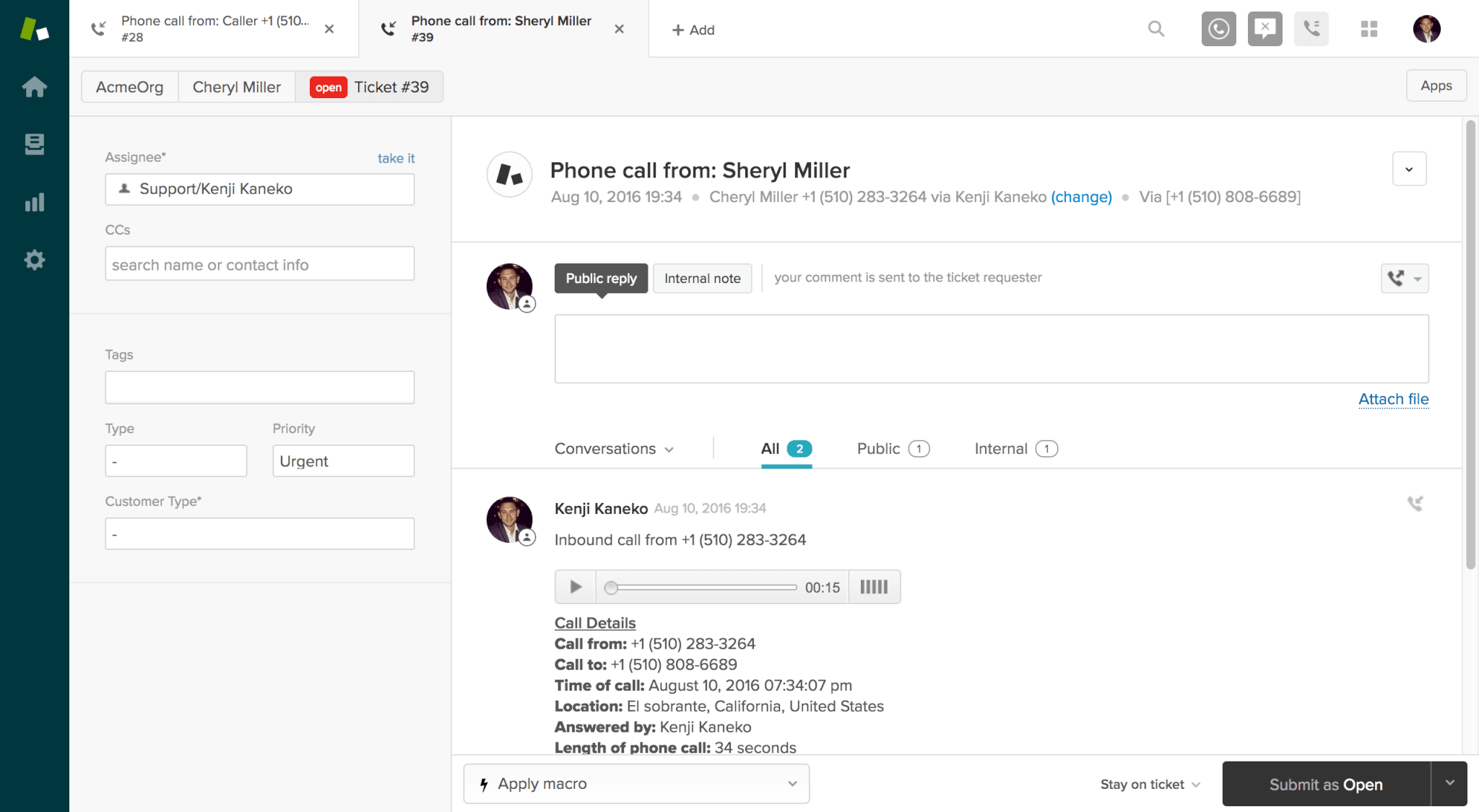 The system automatically creates a support ticket as soon as you receive a call from a customer. Source: Zendesk

As for similarities, Zendesk does share a lot with Spiceworks help desk, namely, the fact that both support small and medium-size businesses quite well. While it is true that Zendesk has support for large companies on top of that, the main feature focus is still on the lower tiers. Also, just like in Spiceworks you not only get a basic feature set but a few unique functions that might prove to be useful in your case. 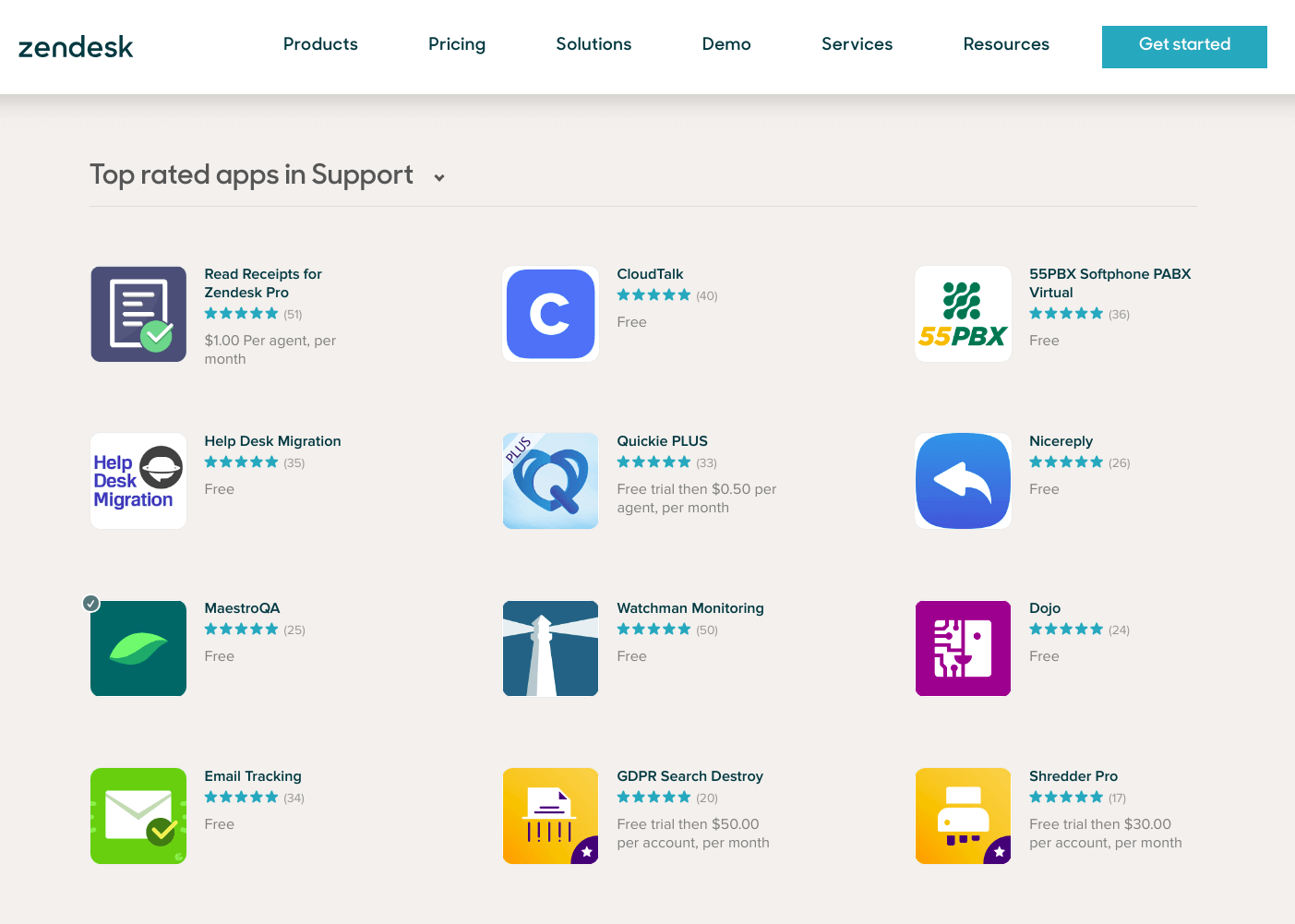 Users can improve integrate Zendesk Support or Chat with hundreds of free and paid apps.

Both tools support every major desktop system, including Linux, Windows, and Mac (although you’d need to use a second app in Spiceworks case) but Zendesk adds to the list mobile platforms too. Finally, both tools have more than 100 app integrations built into the system. This will allow you to not only expand on the functionality but even further tailor Zendesk to be more similar to Spiceworks.

LiveAgent is an advanced help desk and live chat software that supports omnichannel communication. The software has advanced ticket management features that enable users to automate workflow and store all customer info and ticket history in one place. 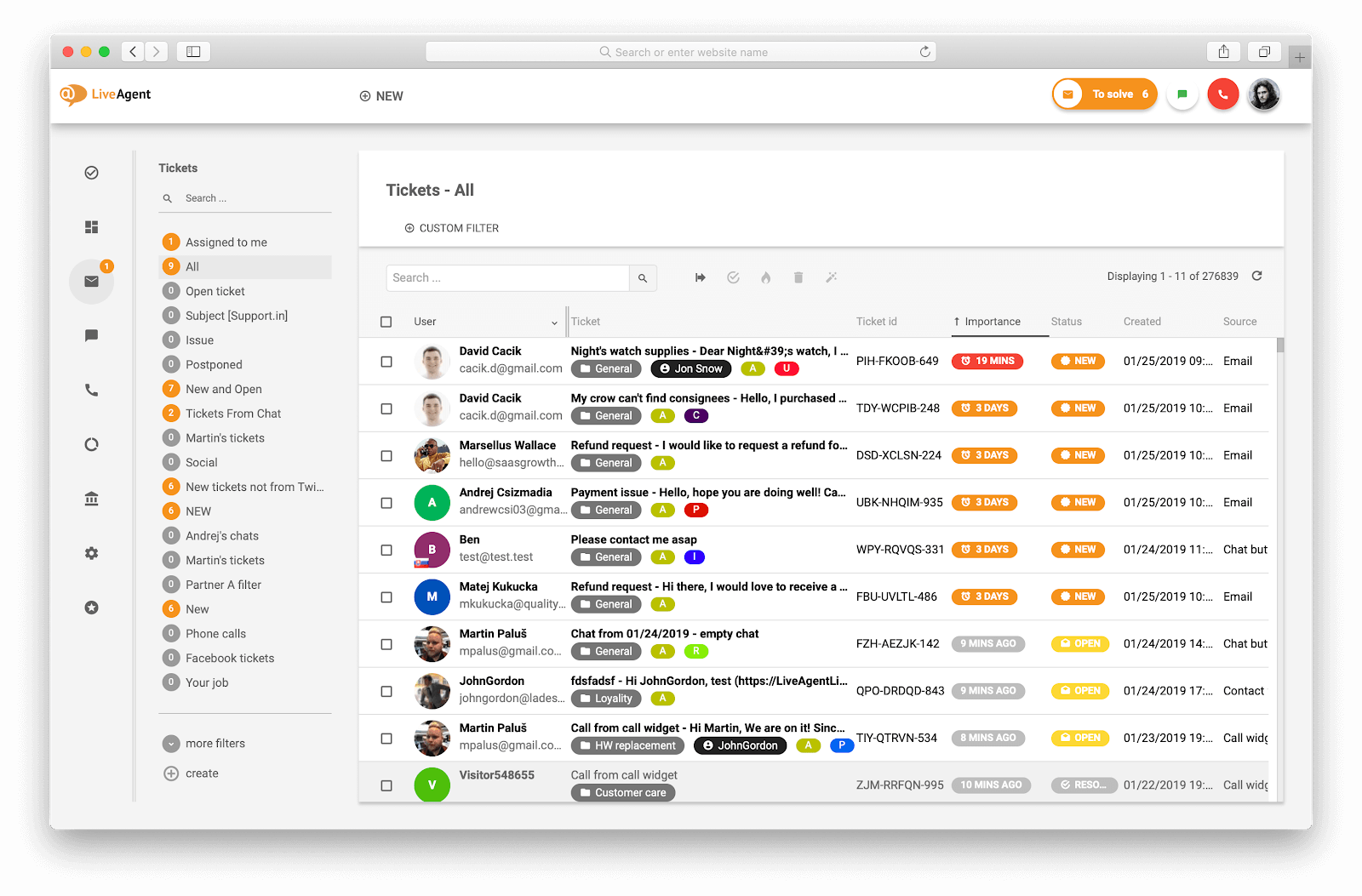 The easiest way to manage everything - put all apples in one basket. Source: LiveAgent

The main differentiator between LiveAgent and Spiceworks is that unlike Spiceworks, LiveAgent’s advanced ticketing system streamlines all communication channels into one universal inbox. What this means is that all incoming queries from email, social media, customer portals, live chat, or your call center will be automatically converted into a ticket, and available in your universal inbox. Next, LiveAgent offers advanced features that enable users to route calls, create IVR trees, assign ticket responsibilities, and forwards chats. Lastly, LiveAgent is available in over 40 languages and supports language adaptable widgets. 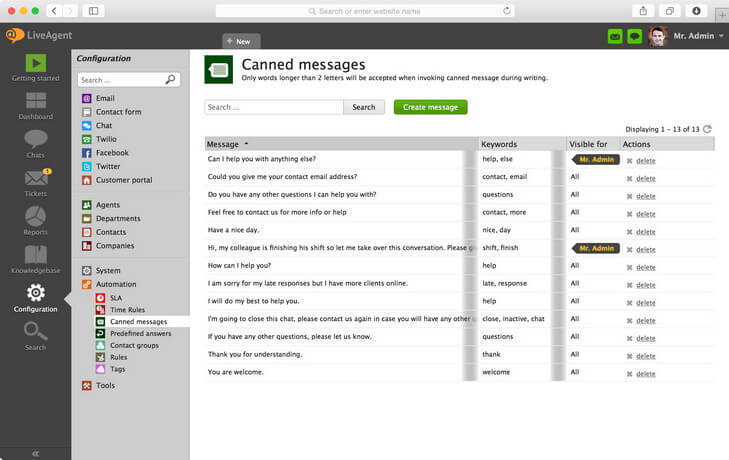 One of the automatic miracles of LiveAgent - canned messages. Source: LiveAgent

LiveAgent and Spiceworks have quite a few things in common. Firstly, both tools are ideal for small and medium-sized businesses. Secondly, both solutions have an extensive list of third-party app integrations built into the system. Last but not least, both tools are offered for free, as LiveAgent has a freemium pricing model.

Stay in touch 24/7 with different kinds of chats and support. Source: LiveAgent

Next on our list is Jira Service Desk. And unless you’ve been living under the rock for the past 10 years, you’ll probably already know that it is a dedicated service desk system. Born to serve IT companies, Jira Service Desk has everything you need to track asset health, subscription statuses, and recurring payments. It is a management software that can offer much more thanks to its marketplace system.

Create, and manage your team's projects as well as link them with the company's assets. Source: PCmag

Just as you would download an app on your phone, Jira Service Desk allows you to expand the base feature set with dedicated apps. Even more, if you have the hands for it, you can develop your own extensions, meaning there are no limits in any way.

Jira Service Desk doesn’t have a lot of differences but those there are there, are quite significant and can serve as a basis for you. So, the first thing that comes into mind is the fact that Jira Service Desk allows you to access the API at any given time. Yes, if you need to create a connection between two systems, just read the included documentation and start tailoring the calls. 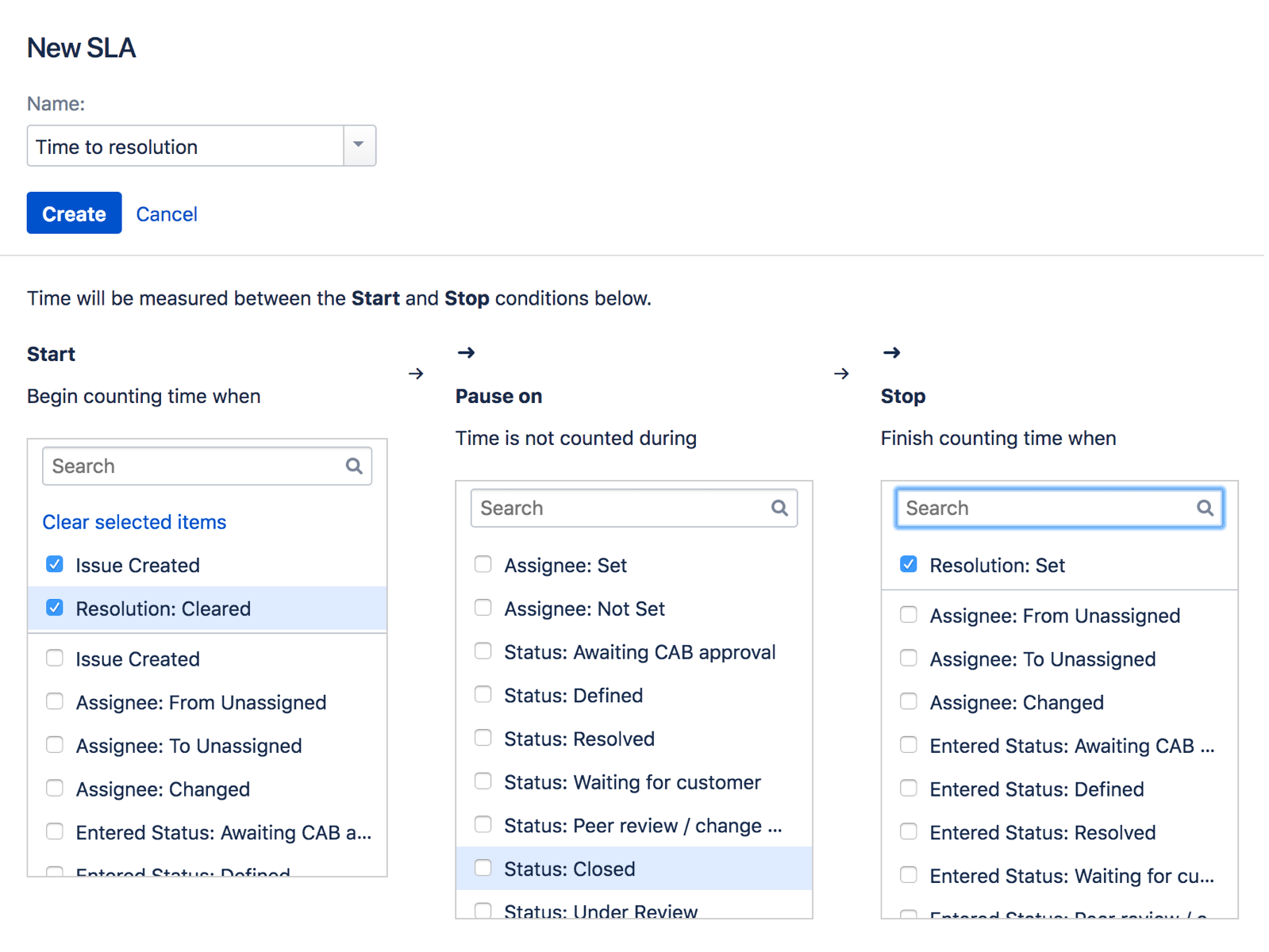 The process of creating a new SLA in Jira Service Desk. Source: Atlassian

Furthermore, there’s the fact that you can set up service level agreements (SLA) which is something that isn’t even nearly present in the Spiceworks help desk module. Lastly, Jira Service Desk does not offer a free plan which might turn off a few of you.

But despite the many differences, Jira Service Desk more in common with Spiceworks than you might think. Both systems have a separate ticket management module that lets you view the entire tree of subtasks although word of warning, the thing is kinda messy at times if you start hooking multiple sub-tickets. 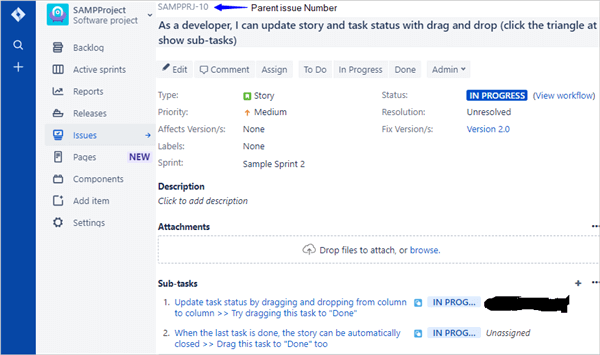 Follow the hierarchy of your tasks right in the ticket. Source: Software Testing Help

The second thing that is quite similar is the user interface. Indeed, whether it’s the main working space or the fact that most features hide in the same menus, you won’t have any troubles using Jira Service Desk if you’ve come directly from Spiceworks. And the last thing that the systems share is the language and device support. Both are available in English and both will run on all desktop solutions.

And the last one on our list of alternatives is Zoho Desk. Now, the tool is not new and has been on the market for quite some time. Its core feature set is designed to help your agents increase their productivity through a set of automation and analytics systems. Outside of internal productivity gains, Zoho Desk makes the process of searching relevant support significantly easier as everything can be routed in advance. 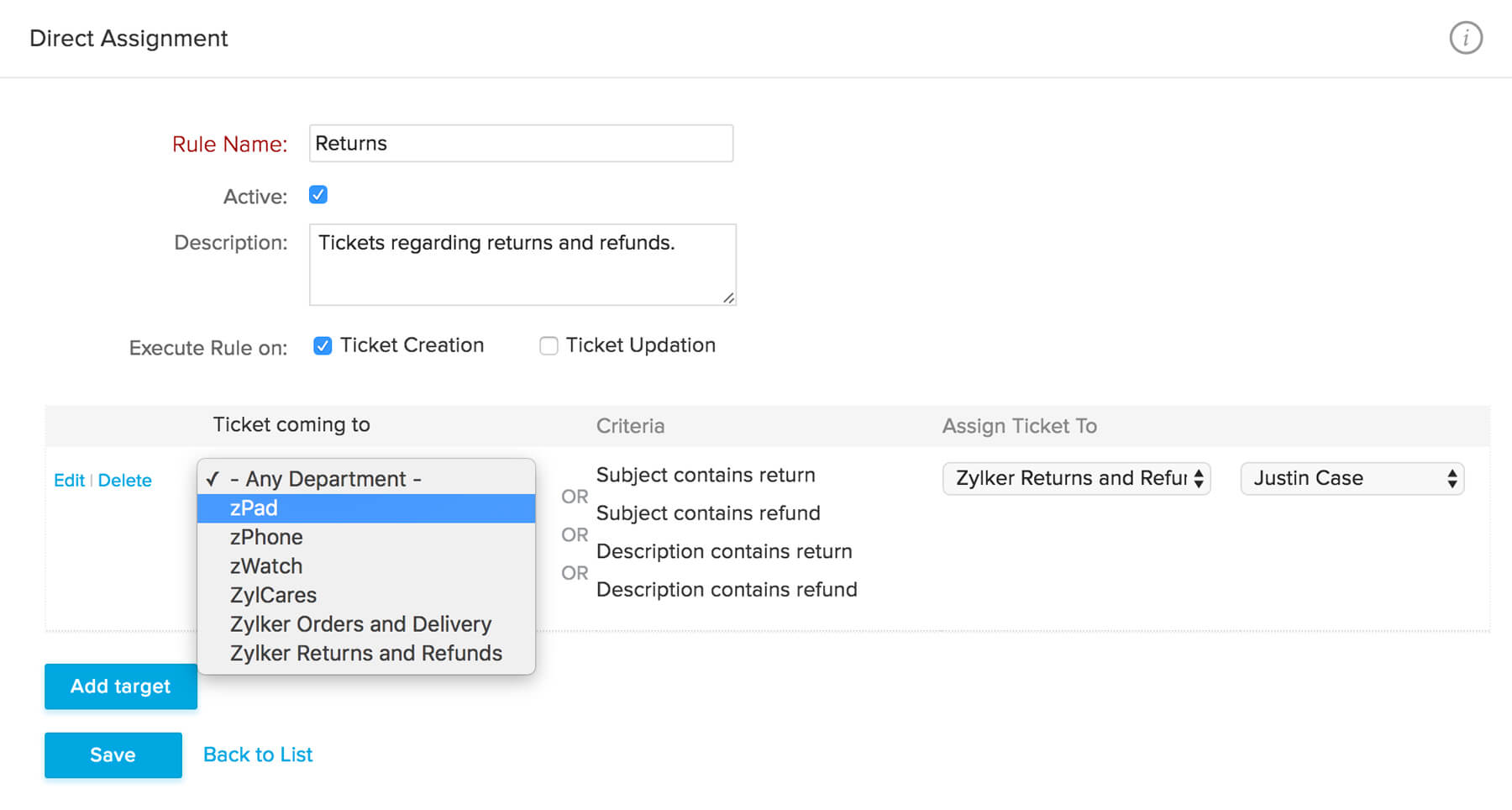 Automatically create and assign tickets to save loads of agents' time. Source: Zoho

So the first thing that we’d like to note is the fact that Zoho Desk has support for more languages. And not just more languages, the tool is available in Japanese, English, Spanish, French, Russian, you name it. In contrast, Spiceworks only supports English and with no way to add more languages. 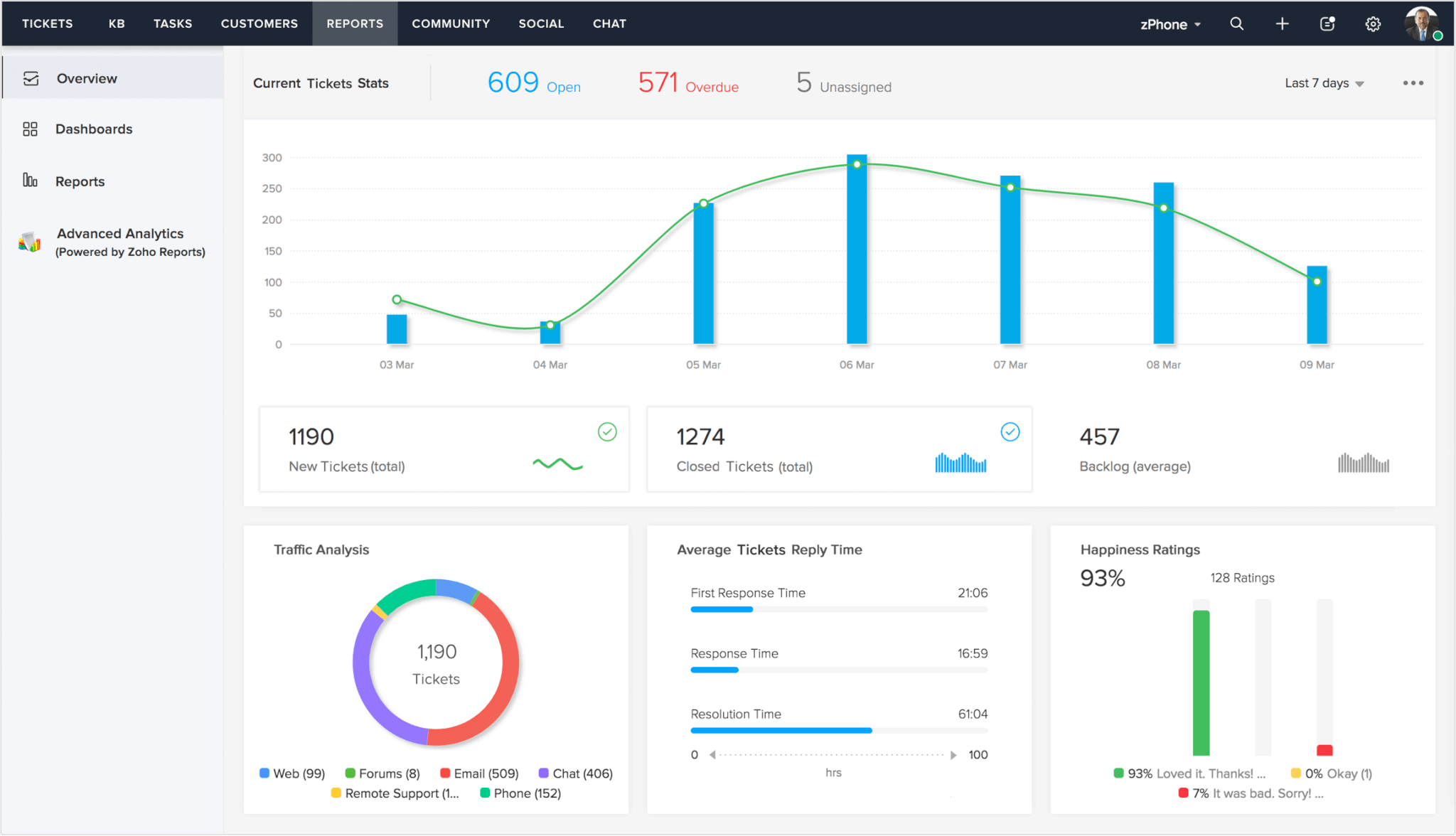 Get a detailed overview of your service performance with the advanced Zoho Desk analytics system. Source: Zoho

The second difference is that Zoho Desk has more valuable integrations out of the box. Here’s the drill, unlike in Spiceworks where you have more than 150+ integrations, Zohos integrations are of higher quality as they are practically separate products. And top it all off, you can still use the API system to add those integrations that you lack.

If we take a look at the systems, you’ll notice the fact that both are free. Well, Spiceworks is entirely free whereas Zoho Desk has a free plan that incorporates a lot of cool things that you might find useful. Take for instance, on the free plan you get access to predefined SLAs, macro sets, and even dedicated customer management software.

The overview of the Ticketing interface in Zoho Desk. Source: Zoho

The second thing that is similar between the two is the tracking systems. Yes, both the analytics and report modules are quite identical in terms of features and frankly, they look quite similar too. You can hook the two systems to Google Analytics, and in case you need even more data, then you can add your social media profiles into the mix as well.

And that about wraps things up for this list. We are sure that there are more than just three help desks that are quite similar to Spiceworks. It’s just that the ones we’ve mentioned are the closest in our opinion. If you plan on using some of them, we can help you move your data to them. It doesn’t matter what platform you are coming from, so don’t worry. Just leave us a message or give us a call and our technician will get to you in no time.

Who Is the Winner in This Zendesk vs Intercom Showdown?

The Ultimate Comparison — ServiceNow vs ManageEngine